Confused about all the ‘types’ and sources of hCG? 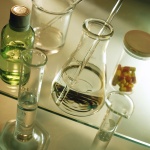 The original discovery of hCG dates back to 1912 in Vienna by Bernhard Aschner and, in 1927, was discovered in the urine of pregnant women.  HCG eventually became available by prescription and is mixed with a preservative liquid and delivered via injections in the umbilicus area.  Dr. Simeons’ hCG diet protocol requires hCG to be injected intramuscularly (into the muscle).

Another form of prescription hCG, called oral, eventually came to market in Argentina in 1987 and later in the US.  It is mixed with a different liquid base than the injectible hCG and is taken sublingually (held under the tongue for 1 – 3 minutes before swallowing).  Other delivery methods of the prescription hCG have been created recently such as a transdermal (on the skin) cream, nasal spray, a troche (a lozenge designed to dissolve in the mouth) and pills that are swallowed. Some compounding pharmacies add liquid B vitamins to the liquid base.

The other form of hCG is a homeopathic form, sometimes available in a spray, drops pellets and creams.  Homeopathy is a system of therapeutics founded in 1796 by Samuel Hahnemann, a German physician, who began to study the effects of various natural substances on his body.  His work was based on the principle that “like cures like” and homeopathic hCG first came to market around 2007.  A homeopathic hCG begins with the actual hCG, however, it is diluted multiple times and carries the same energetic signature as the original substance without the need for a prescription.  Homeopathic products are considered medicines and are manufactured in FDA registered facilities with regularly scheduled inspections and strict standards in order to maintain operations.

For a short time in 2007, there was a powder on the market claiming to be  “hCG-like” and since 2012, there are now MANY products on the market containing amino acids and other non-hcg substances such as African Mango, Raspberry Ketones, hoodia and other ingredients using the name of ‘HCG” on their labels.  In 1 of the 5 HCG Diet Council training modules, real HCG and its history are more thoroughly covered.